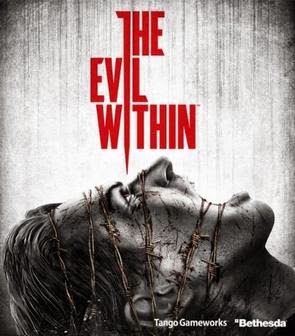 While investigating the scene of a gruesome mass murder, Detective Sebastian Castellanos and his partners encounter a mysterious and powerful force. After seeing the slaughter of his fellow officers, Sebastian is ambushed and knocked unconscious. When he awakens, he finds himself in a deranged world where hideous creatures wander among the dead. Facing unimaginable terror, and fighting for survival, Sebastian embarks on a frightening journey to unravel what is behind this evil force.
The Evil Within began development in late 2010 under the codename “Project Zwei”. Resident Evil creator Shinji Mikami served as the game’s director, with development taking place at his studio Tango Gameworks.The studio was bought by the game’s publisher Bethesda Softworks in 2010, shortly after development began.Mikami said that he wanted to make a survival horror game as he believed that contemporary horror games relied more on action than survival. The game was announced in April 2013. Believing that the tropes of the survival horror had become predictable over time, the design deliberately attempts to make the player feel powerless by taking place in confined spaces, limiting ammunition, and presenting near-invincible enemies that promote running and hiding over engaging in combat. Art Director Naoki Katakai said that the design concept of enemies, such as those wrapped in barbed wire or filled with glass shards, is that they are victims suffering under a greater evil. The asylum itself was inspired by the Winchester Mystery House, a Californian mansion famous for its architectural curiosities.

The Evil Within is built on the id Tech 5 modified by Tango Gameworks. On April 15, 2013, and over the next few days, Bethesda Softworks revealed a series of short cryptic videos teasing the new game, officially announcing it on April 19, 2013, revealing the title, the platforms it will be released on, and a live action teaser trailer. Bethesda Softworks announced that the game had gone gold on September 25, 2014

Jure Grando was a peasant who lived in Kringa/Corridico, a small place in the interior of the Istrian peninsula near Tinjan/Antignana, Croatia. He died in 1656, but according to legend, came back as a vampire (štrigon) and terrorized his village until his decapitation in 1672. According to the legend, for 16 years after his death, Jure would arise from his grave by night and terrorize the village. The village priest, Giorgio, who had buried Jure sixteen years previously discovered that at night somebody would knock on the doors around the village, and on whichever door he knocked, someone from that house would die within the next few days. Jure also appeared to his terrified widow in her bedroom, who described the corpse as looking as though he was smiling and gasping for breath, and would then sexually assault her. When Father Giorgio eventually came face to face with the vampire, he held out a cross in front of him and yelled “Behold Jesus Christ, you vampire! Stop tormenting us!” At that moment tears fell from the vampire’s eyes. The bravest of the villagers led by the perfect Miho Radetić chased and tried to kill the vampire by piercing his heart with a hawthorn stick, but failed because the stick just bounced off of his chest. One night later, nine people went to the graveyard, carrying a cross, lamps, and a hawthorn stick. They dug up Jure’s coffin and found a perfectly preserved corpse with a smile on its face. Father Giorgio said: “Look, štrigon, there is Jesus Christ who saved us from hell and died for us. And you, štrigon, you cannot have peace!” They then tried to pierce its heart again, but the stick could not penetrate its flesh. After some exorcism prayers, the one villager, Stipan Milašić, took a saw and sawed the head off. As soon as the saw tore his skin, the vampire screamed and blood started to flow from the cut, and soon the whole grave was full of blood. According to legend, peace finally returned to the region after Jure’s decapitation.