Killer man eating sheep are result of Angus Oldfield’s secret genetic experiments that transform ordinary sheep from docile vegetarians into ferocious carnivores whose bite can transform a human into a bloodthirsty half-sheep monstrosity.

Infectious Bite – Any human, or sheep bitten by a Killer man eating sheep can be infected to become a monstrous half sheep – half man with a new zeland accent (if human) or if a sheep, they become a full blooded Killer Man-Eating Sheep that joins the herd. a PC bitten can make a Specific check against Willpower to resist the change, if successful then a Specific Check against Stamina is needed to “burn” out the infectious bite – Failure means the victim changes in 1d6 hours.

The Babadook, also known as Mister Babadook, is a supernatural creature that is said to be the embodiment of grief, anxiety, and depression. It is said to haunt those who would be foolish enough to read a pop-up book, disguised as a children’s book that talks about it. While believed to be a spirit or demon, the Babadook is merely a tulpa, a thought-form which can manifest in our plane of reality due to the amount of fear and belief in its existence.

The Babadook most generally appears as a towering, shadowy bogeyman wearing a black coat and hat, with long, claw-like hands and a pale frightening face. The Babadook haunts whomever reads its poem and hides inside a pop-up book that mysteriously appears in random homes. As its prey becomes more frightened, the Babadook becomes more monstrous.
The Babadook is considered to be the embodiment of grief and as time goes on, it slowly brings its victim to the brink of insanity through their five stages of depression. The first stage is denial, meaning the Babadook weaves scenarios where the victim listens to a conversation that reminds them of something traumatic and thus perform all that they can to avoid the topic and the mention of this event, consequently isolating themselves from society including their own family members.

The Babadook has been shown to have the ability of possession. When the Babadook weakens its victim’s will and spirit to the point where they can barely walk, it plunges itself into the victim’s back, which is described like having a large knife be slowly shoved into their spine. Its influence over its prey is great to where it can cause conflict and turmoil between family members, even those who are quite close in relations.
It demonstrated the ability of shape shifting. The Babadook can take the form of any person, animal, or insect. The entity usually takes the form of a person that the victim was once involved with, have a history with be it unpleasant or not. The Babadook uses this as a method of manipulation of the victim’s emotions, to where it took the form of a single mother’s deceased husband and convince her to offer it her son in order to devour him.
Being a tulpa, the Babadook cannot be defeated by normal conventional means. However, being the embodiment of grief, the Babadook can be defeated through acceptance. Meaning that if the victim ceases to be scared and come to terms with the tragic event that occurred in their past life, the Babadook loses its power over them. It can also fade from existence if those who believe in it, do not think about it so much to where it is real. However, given the Babadook’s methods of inducing fear into its prey, it is a task considered to be highly difficult.

Statistics for the Babadook

EWS: 80 (Notable) REF: 65 STA: 75
Injury: N/A
Disciplines: Whisper, Terrorize, Possession (deadly), Corporeal Manifestation, Change form (Deadly)
Aspects: Unfeeling, Unkillable, Unliving, Bloodless, Parasitic (grief),
Special Weakness (Bravery): The Babadook feeds on grief and fear – so the opposite is a true means of keeping the Babadook at bay, the victim of the Babadook must make a successful General willpower check If the roll fails, the Babadook is not affected and the victim needs to try again. If the roll succeeds

After 5 successful attempts the Babadook will dissipate and all traces of his existence will be gone – this is the only way to drive the tulpa away.

Note: This conversion is based on the movie “Ragin’ Cajun Redneck Gators” or by its alternate name “Alligator Alley” I think these “Gators” could add something to your chill game. I know if I was a player faced with red tinged gators that can shoot spines from their tails I would piss myself and run away.

Redneck Gators were alligators who had been mutated by tainted moonshine spilt by some of the locals into their swamp habitat. The Gators were larger than regular alligators, had a reddish coloration, a spiked carapace, and they are able to shoot spines from their tails.

The Redneck Gators were created when some Louisiana alligators ingested some toxic moonshine or they were created as a goof by some unknown being with a sense of humor. The mutation causes the gator to take on a red tinge to its skin while enlarging the gator to an average of 10 feet. It also mutated the plates on its back to become denser and provide better protection. If the mutation stopped there the redneck gators would be an impressive sight to behold…but that’s not the case – they have the ability to shoot spines from their tails and any person whom they bit would slowly transform into a Redneck Gator, retaining some traits and physical aspects of the person that they had been (for example, one Gator retained the gold tooth that he had possessed when human).

In addition, at least one of the Gators was able to remember his life as a human when he fought another Gator to protect the woman he had loved as a man. This gator later lived with the woman in her house on the bayou.

EWS: 65 (common)    REF: 65                      STA: 75
Injury: Superficial, Minor –10, Serious –20, Major –30, Critical –50, Lethal
Disciplines: Hunters Mark
Aspects: Deadly Attack (Serious; tail spines only), Sturdy, Tough, Native Environment (underwater), Vigor
Infective bite:  anyone who survives a bite from a Redneck Gators is doomed to slowly become one of them. Any envoy bitten can attempt to resist the change if the player makes a general WPR check (–20 for every marked Injury box from an Redneck Gator) he or she resists the urge to change – this just delays the inevitable – the only way to undo the infection is to kill the gator that bit the player and eat the creature’s heart chasing it down with some Jim bean follow that up with a dose of the restorative form of the art such as Sphere of Protection.
Posted in Adaptation, Creature Files, Movie Tagged: Adaptation, Chill 3rd, Comedy, Horror | Leave a comment

STR: NA WPR: 7 (105)
DEX: NA PER: 6 (90)
AGL: NA PCN: 6 (90)
STA: NA PWR: 130
ATT: 1/* WND: 0*
MV: F 75 (incorporeal)
Experience: 1,000
Ghost Powers
Excise Living
Supernatural Touch
Weakness: can be held at bay with ghost script engraved glass
The Hammer is the ghost of a blacksmith, George Markley, who lived in a small town in the 1890s. He was wrongfully accused of stealing, and when threatened with exile, refused to leave town. A gang led by his accuser hanged his wife and children and burned their bodies; in revenge, George used his sledgehammer to beat his accuser and the other culprits to death. He was then subjected to a cruel form of frontier justice by the townsfolk, being chained to a tree and executed by having railroad spikes driven into his body with his own sledgehammer. They cut off his hand and attached the sledgehammer to the wrist where the hand was cut off. His ghost is seen with the railroad spikes protruding from his body and a sledgehammer for a left hand. 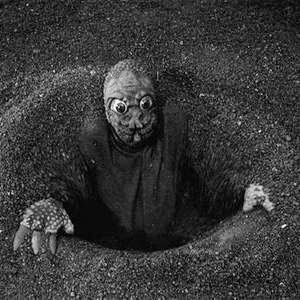 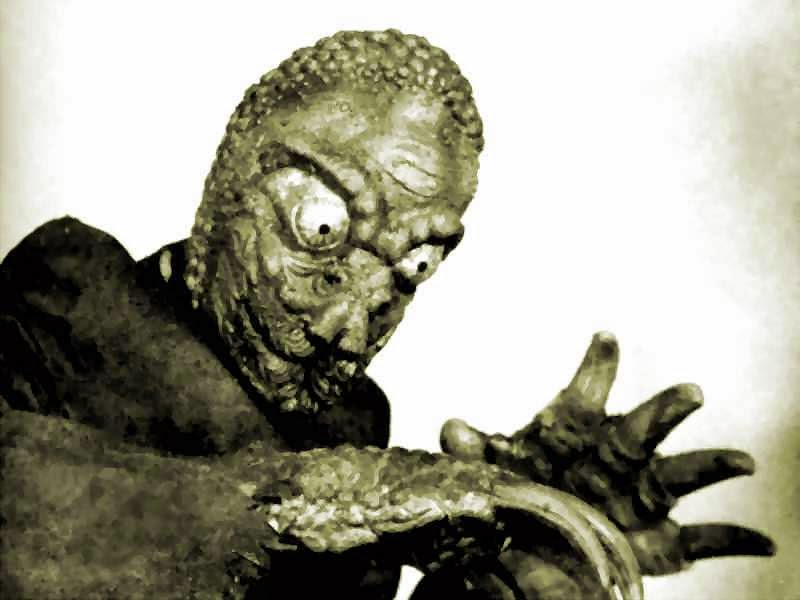