I think their predominant color was a greyish-green, though they had white bellies. They were mostly shiny and slippery, but the ridges of their backs were scaly. Their forms vaguely suggested the anthropoid, while their heads were the heads of fish, with prodigious bulging eyes that never closed. At the sides of their necks were palpitating gills, and their long paws were webbed. They hopped irregularly, sometimes on two legs and sometimes on four. I was somehow glad that they had no more than four limbs. Their croaking, baying voices, clearly used for articulate speech, held all the dark shades of expression which their staring faces lacked … They were the blasphemous fish-frogs of the nameless design – living and horrible. 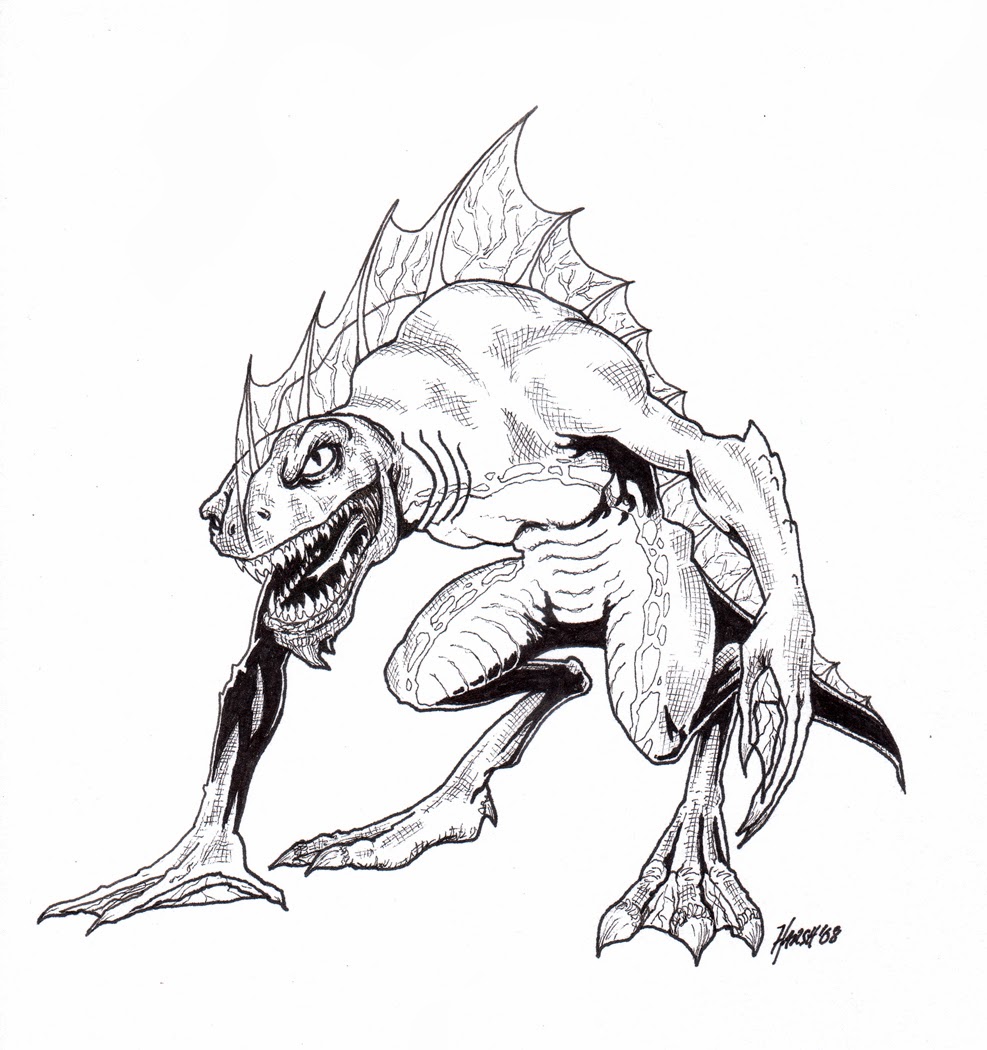 Lovecraft describes the Deep Ones as a race of undersea-dwelling humanoids whose preferred habitat is deep in the ocean (hence their name). However, despite being primarily marine creatures, they can come to the surface and can survive on land for some time. All Deep Ones are immortal; none die except by accident or violence. They are said to serve the beings known as Father Dagon and Mother Hydra, as well as Cthulhu.They are opposed by mysterious beings known as the Old Gods, whose powerful magic can keep them in check.