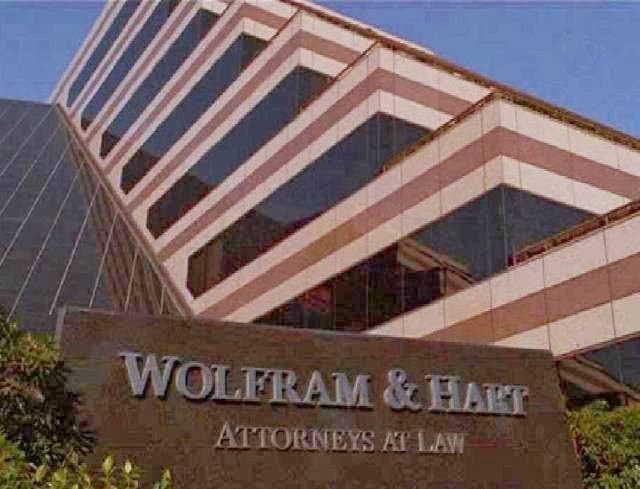 “The Wolf, The Ram, and The Hart” are the names of the members in an ancient trio of true demons. The group was at one point, before the dawn of human history, considered relatively insignificant, and was not regarded as a threat by the Old Ones. After humanity’s triumph over the demons they remained, and slowly gained power and influence, eventually leaving this dimension altogether. In the present day on Earth they are referred to as the Senior Partners by their employees, and enact their will through various puppet organizations. One of the groups they command on Earth is the ‘law firm’ ‘”Wolfram & Hart”‘.